Keep in touch with us.

What not to say to a graphic designer 2019 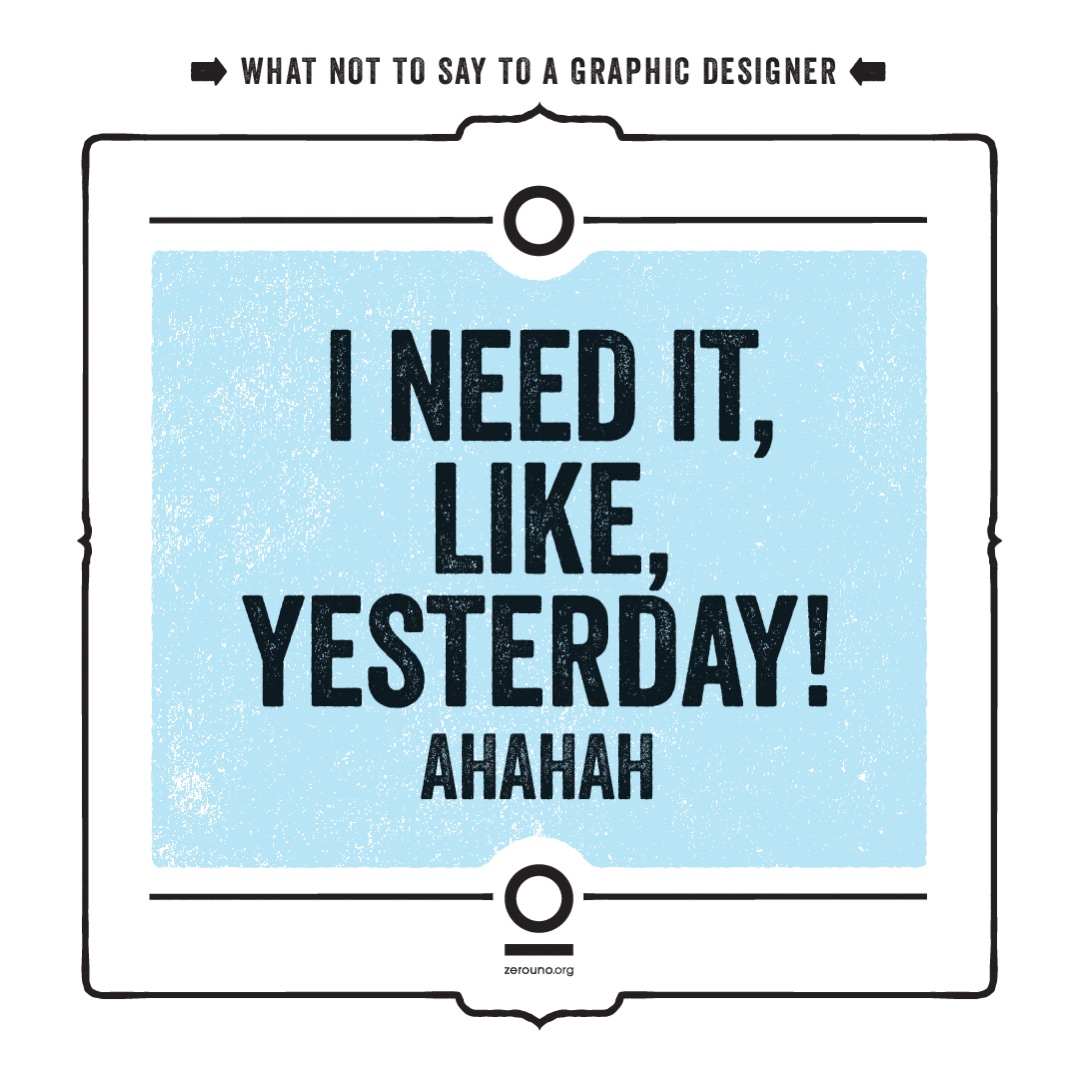 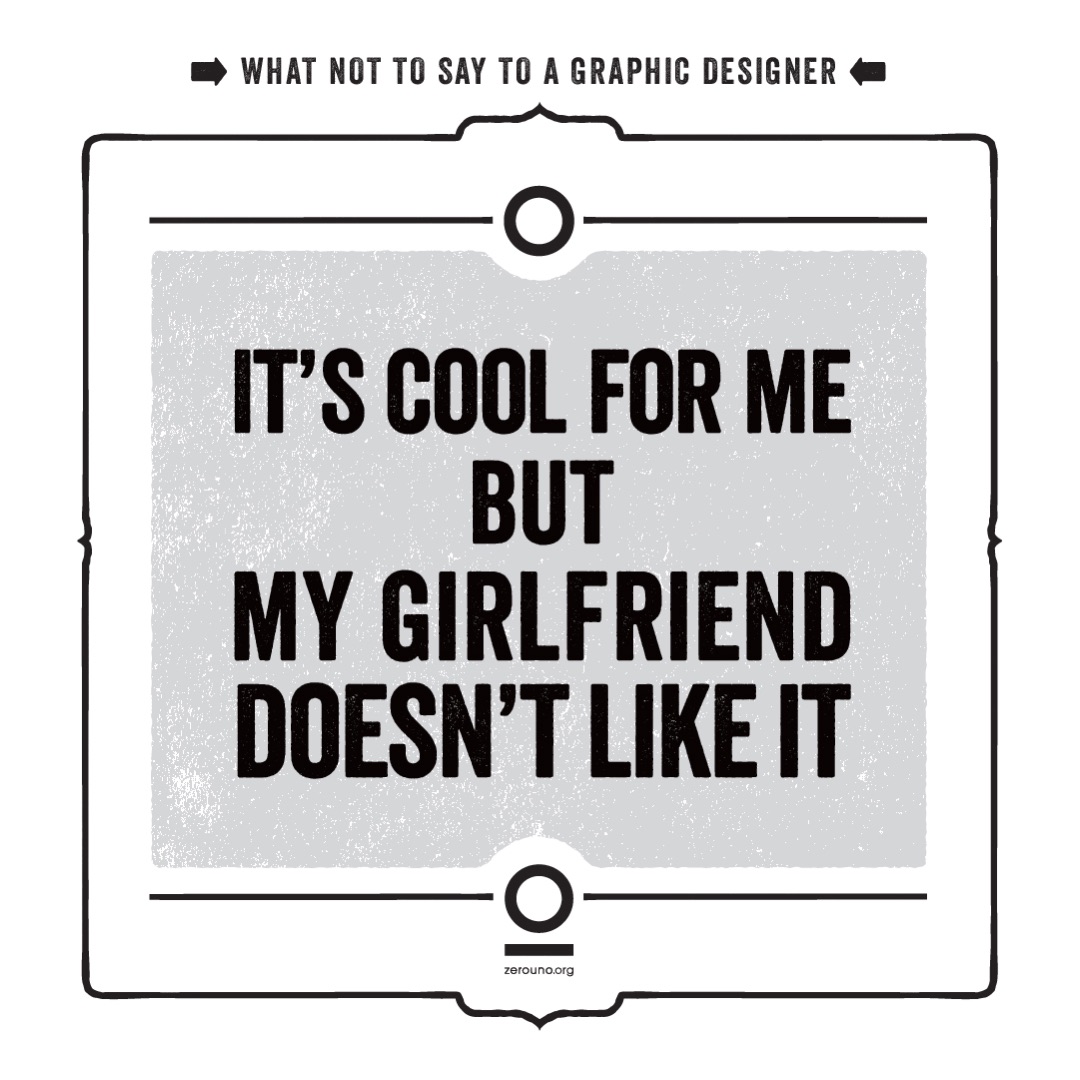 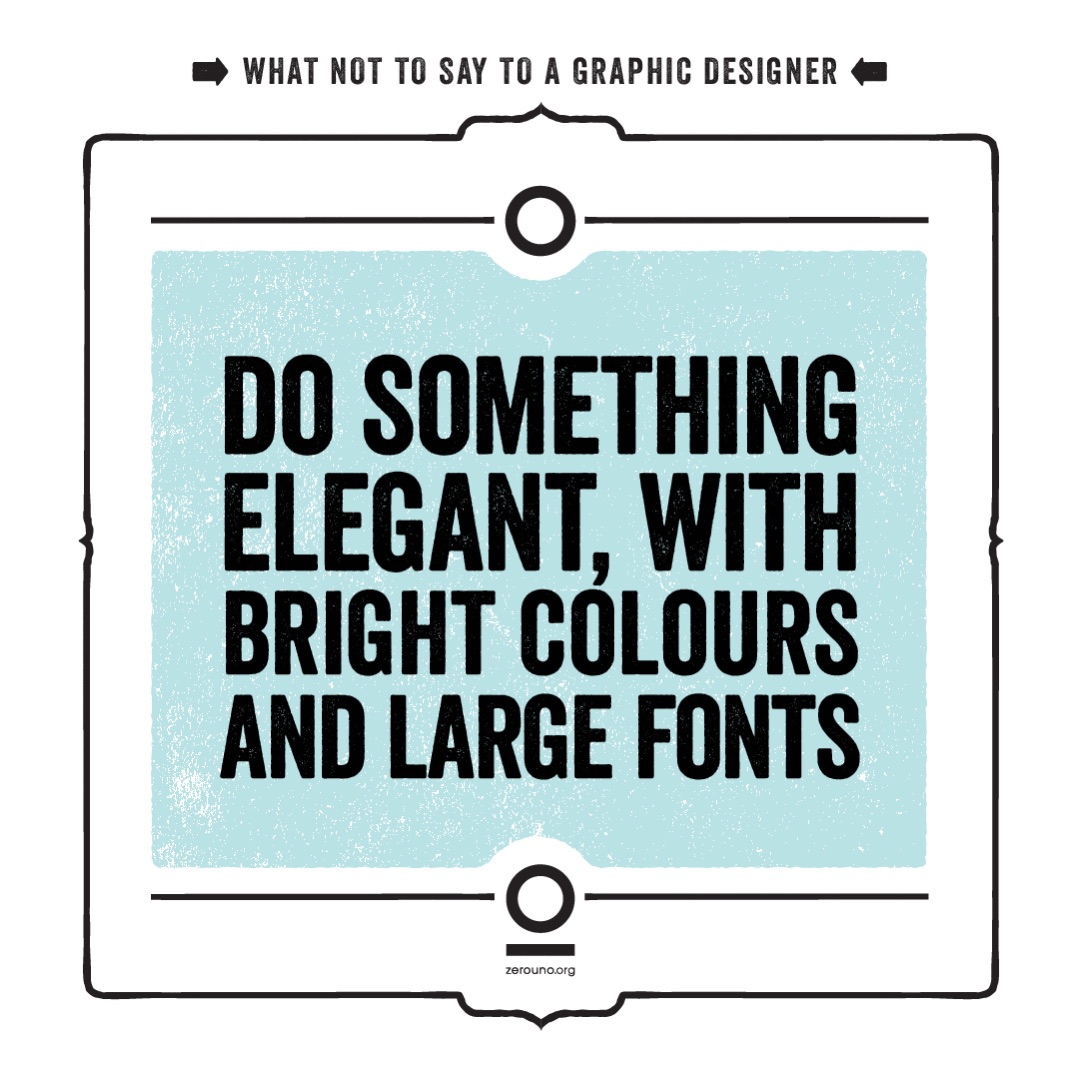 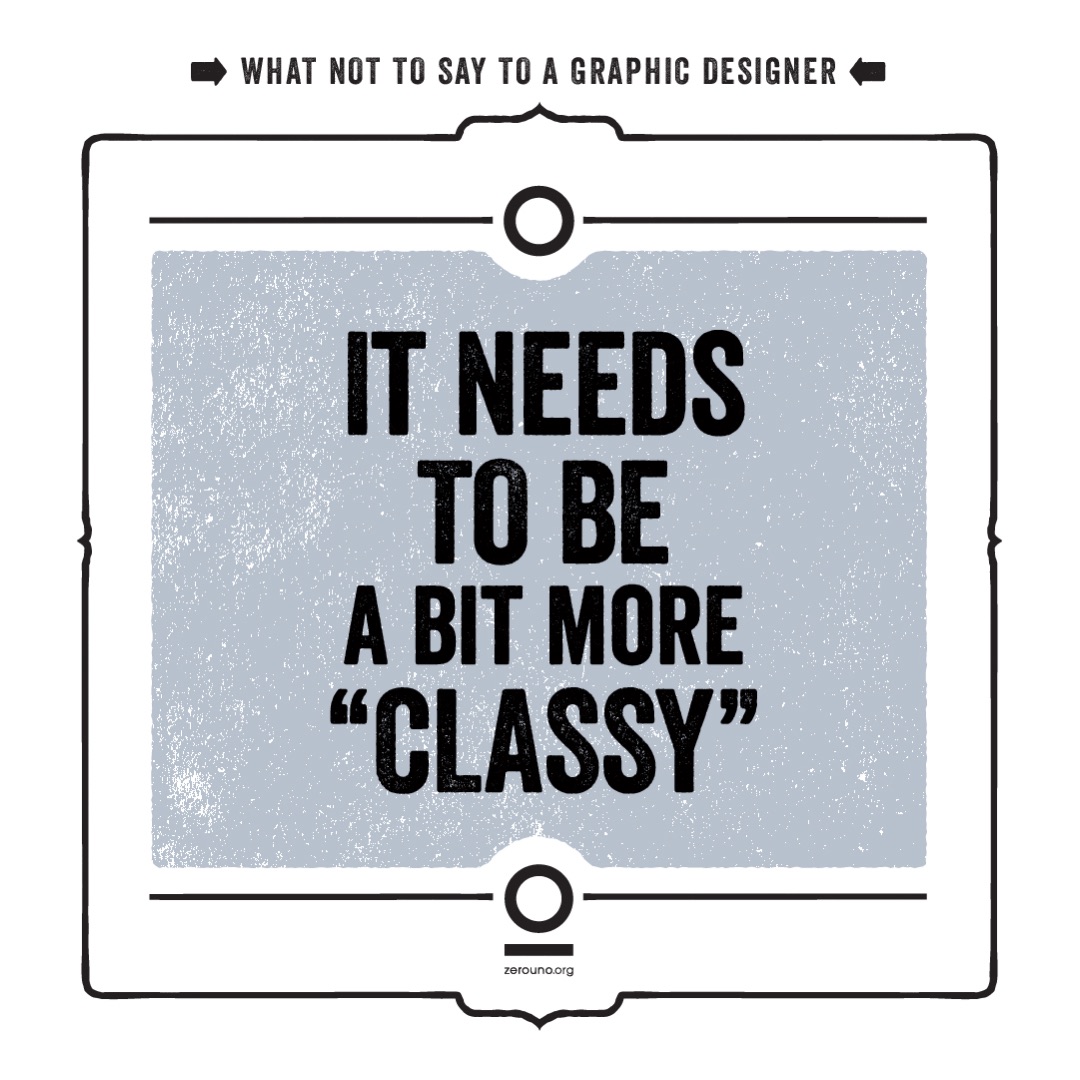 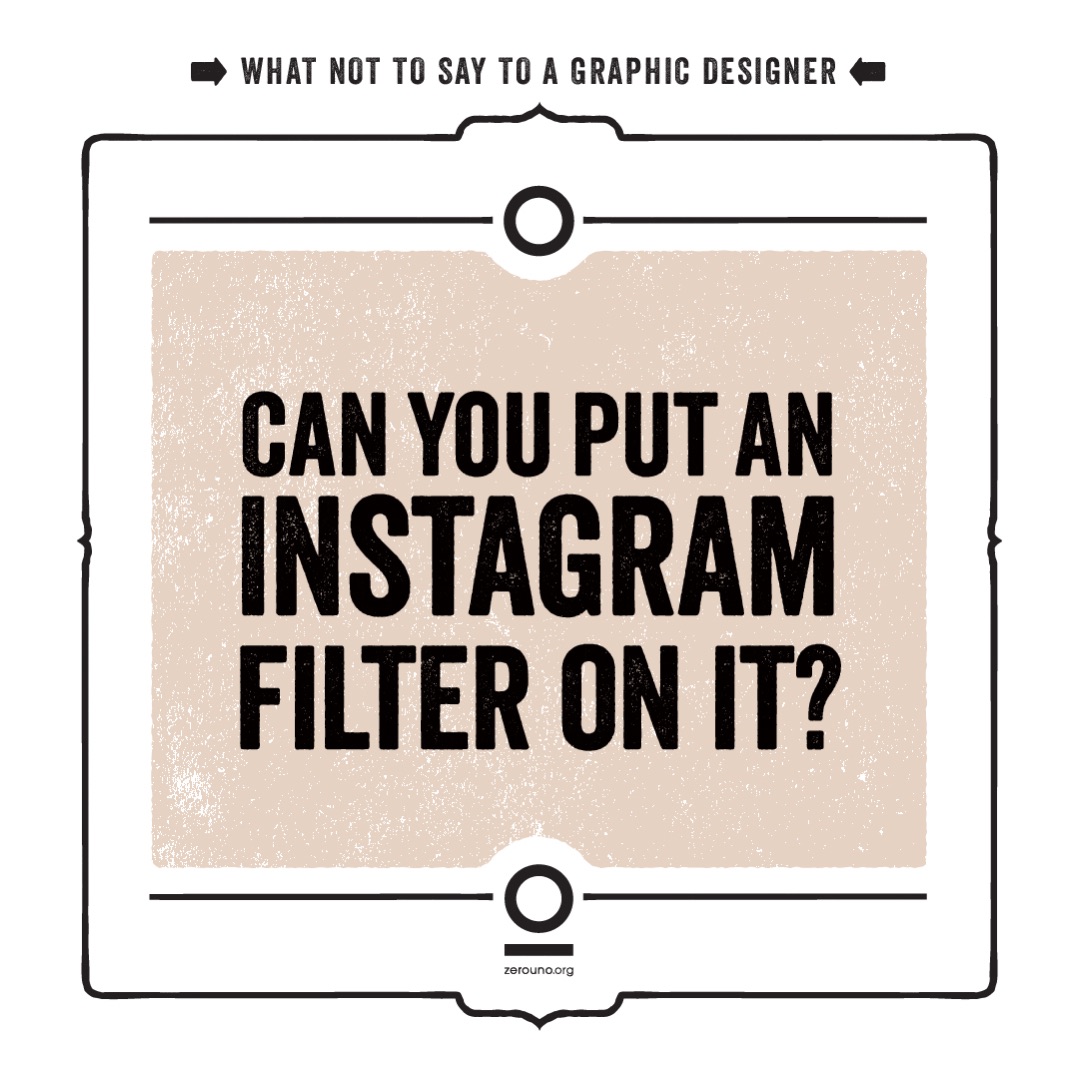 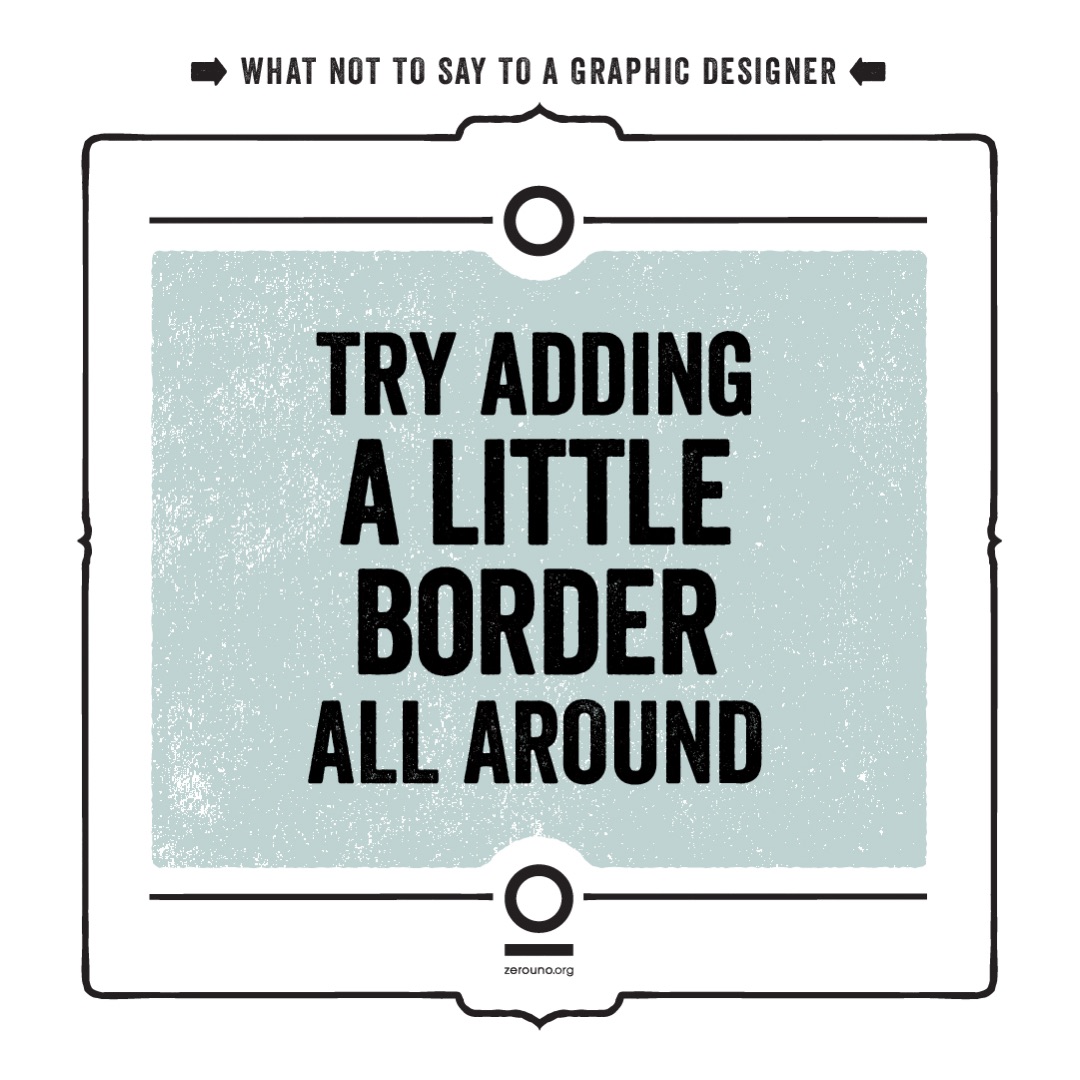 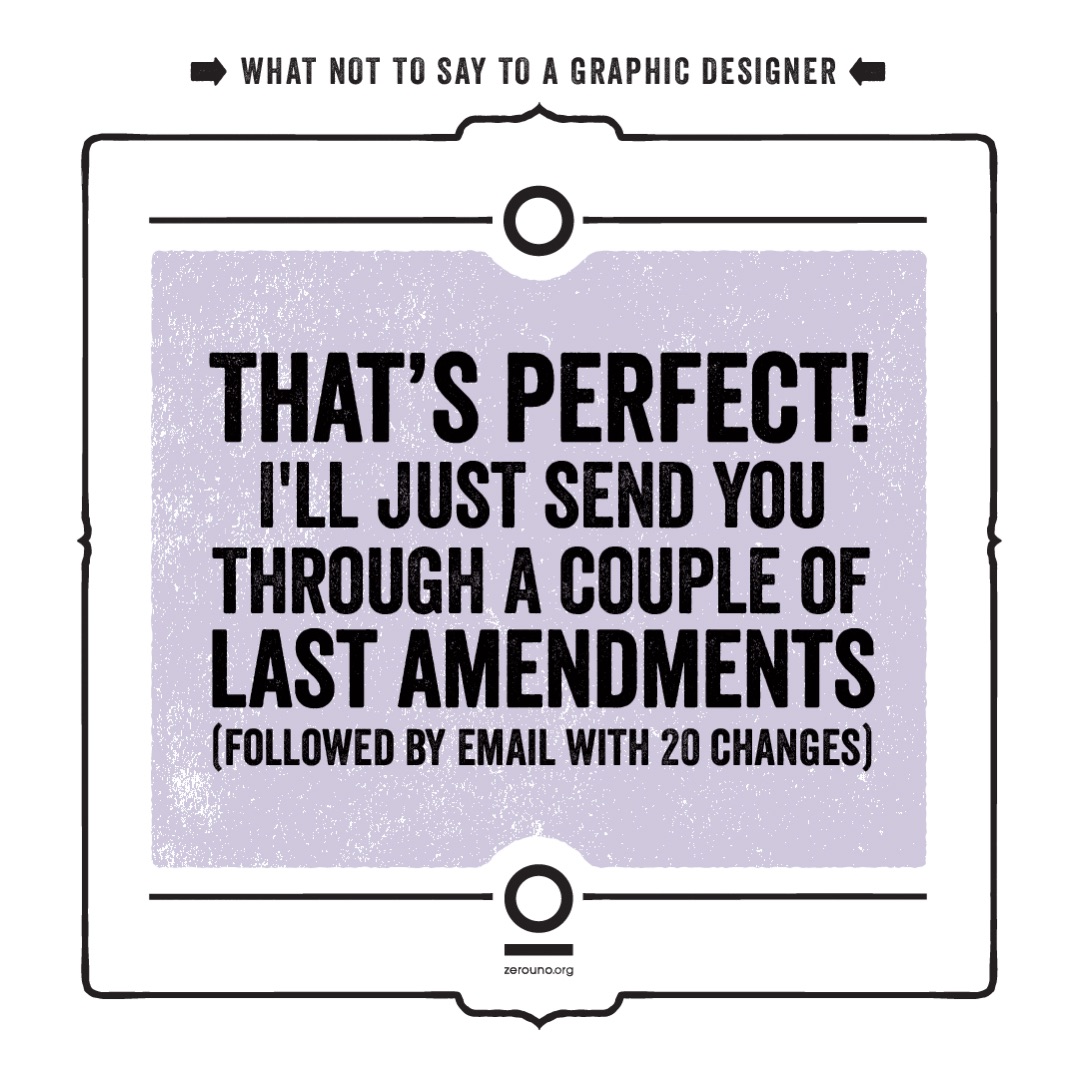 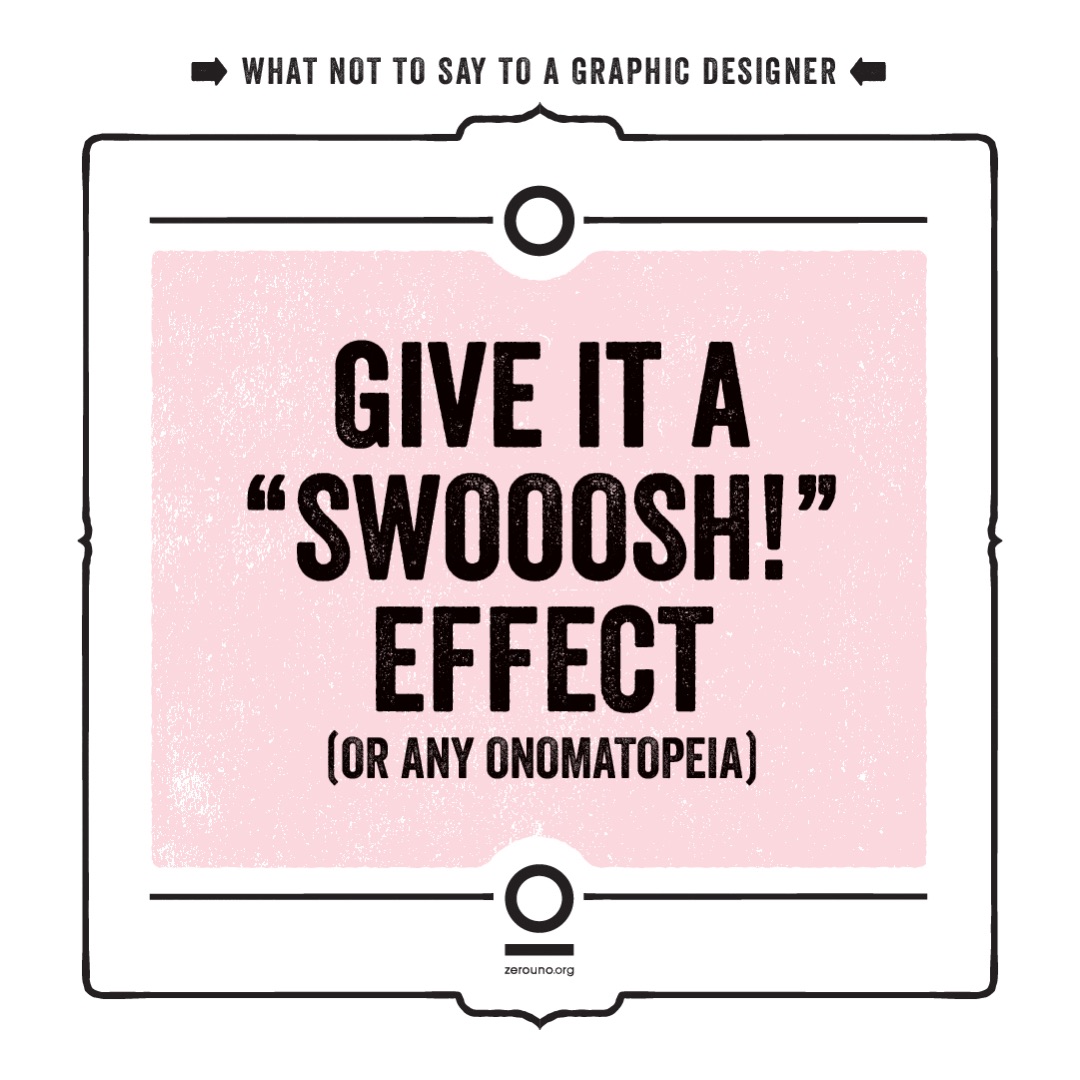 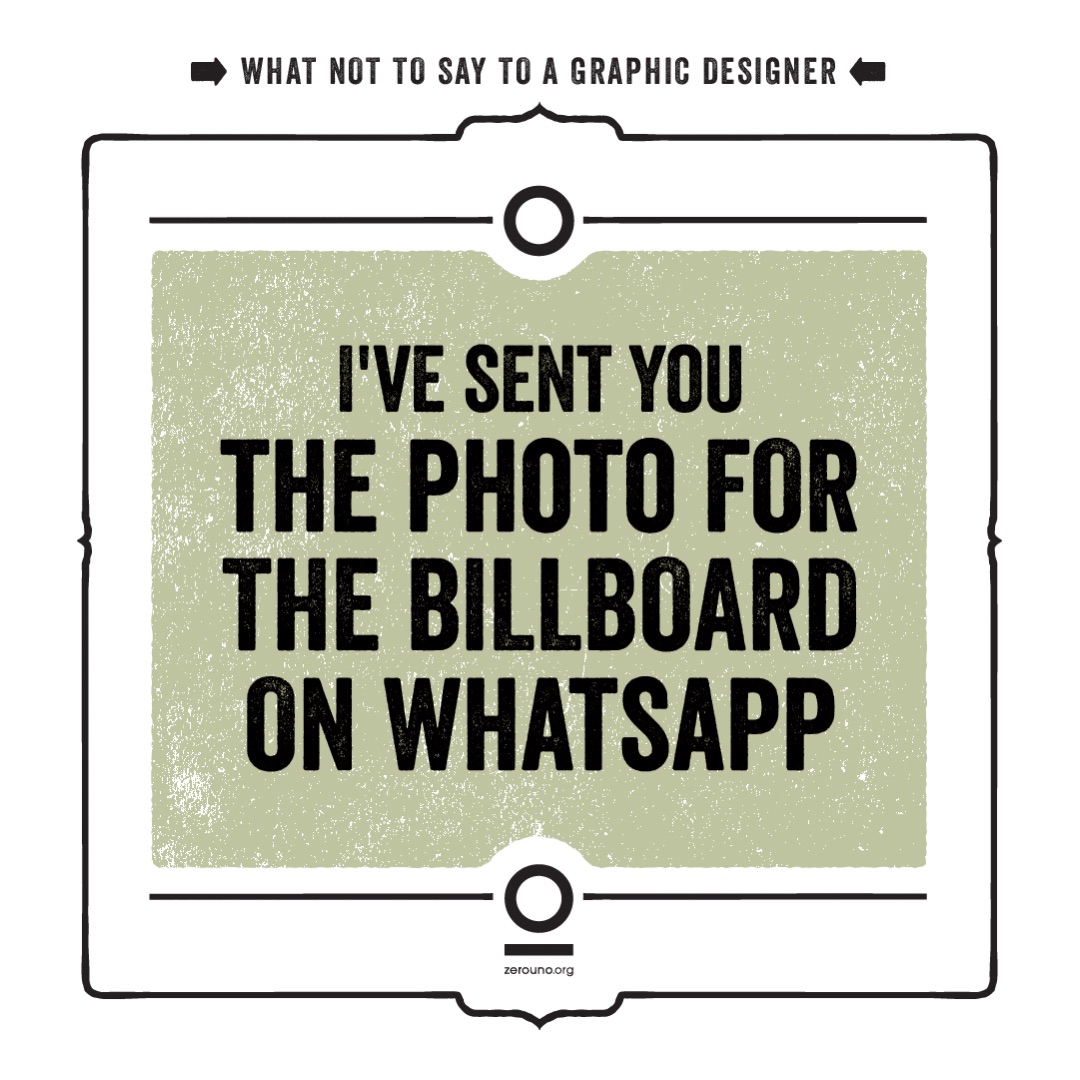 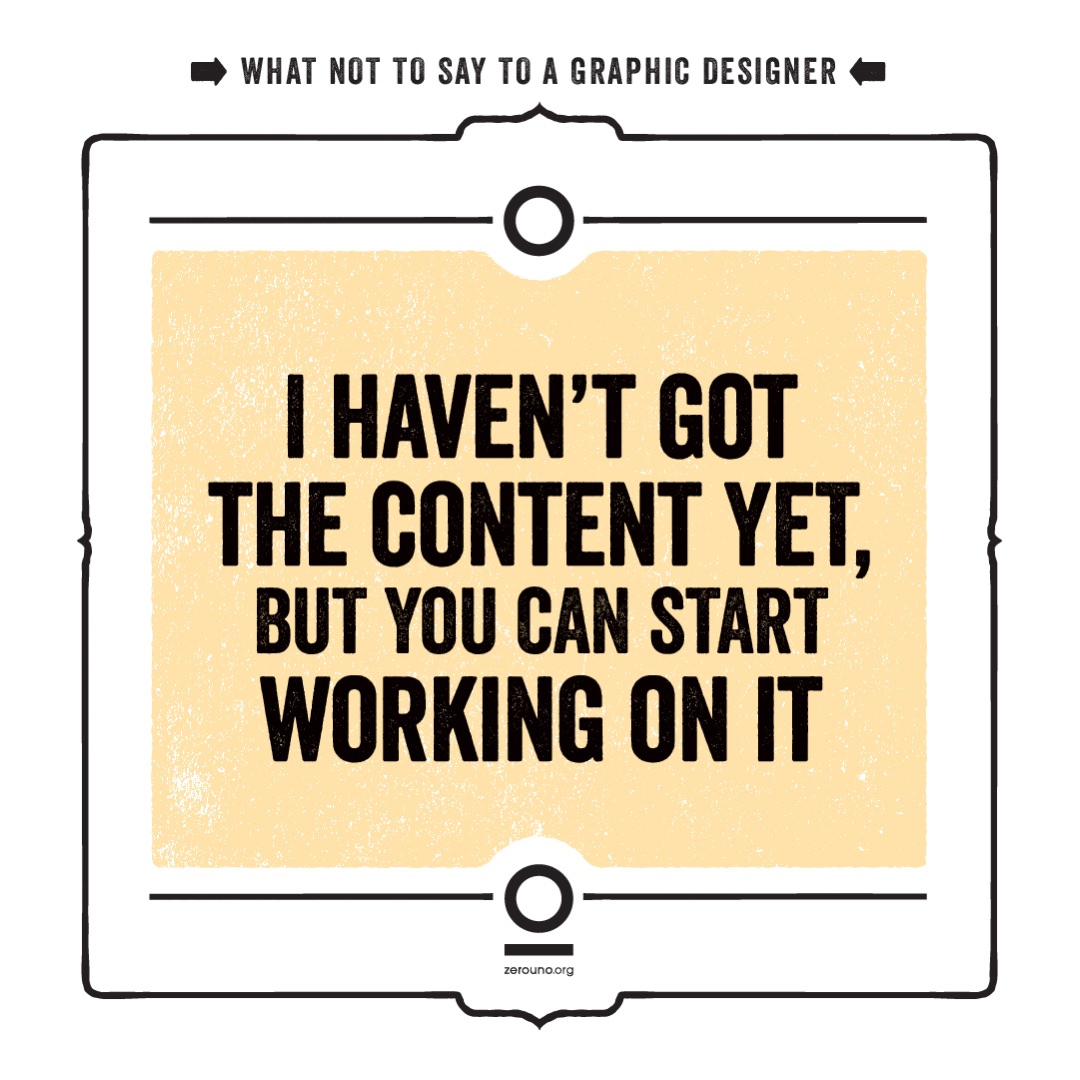 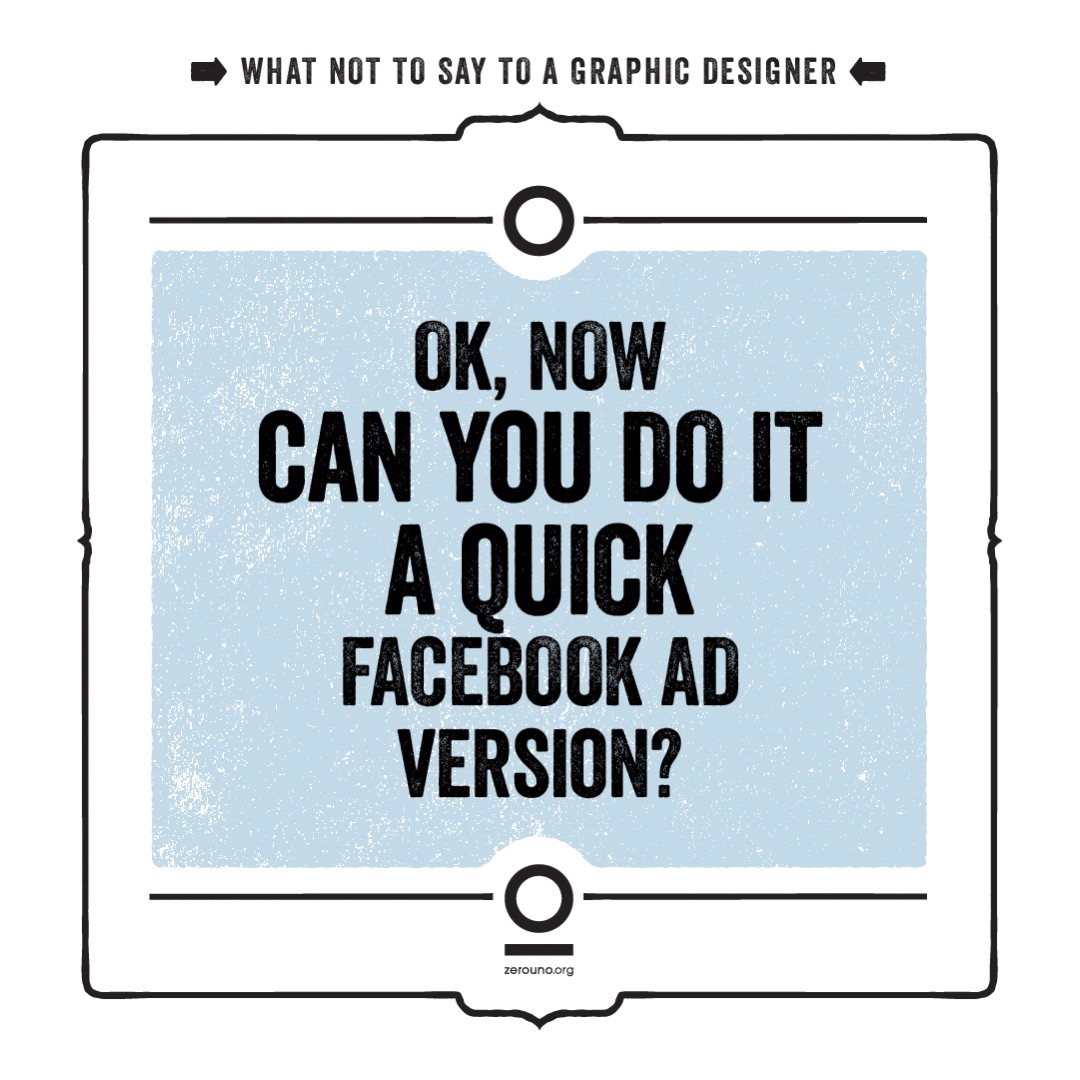 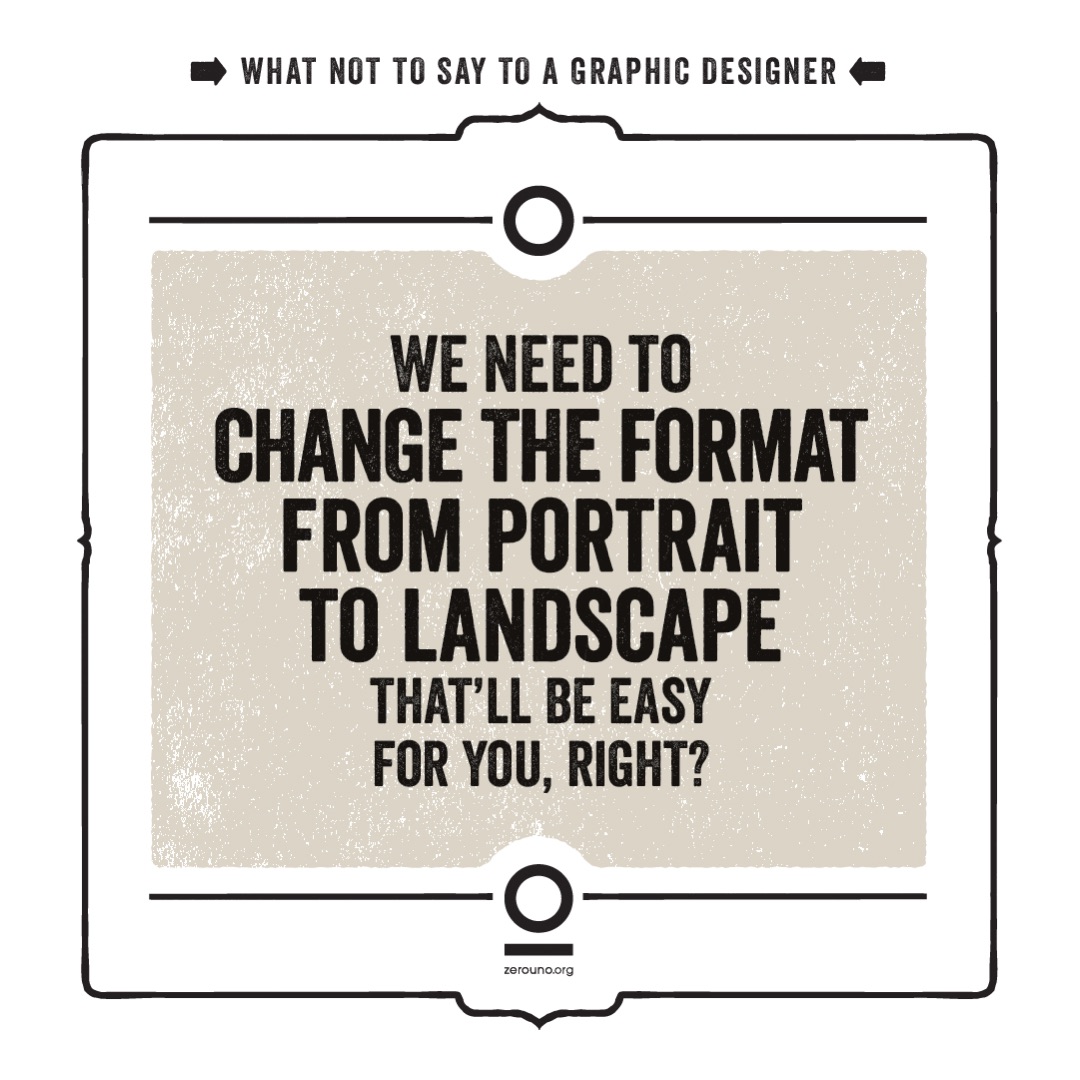 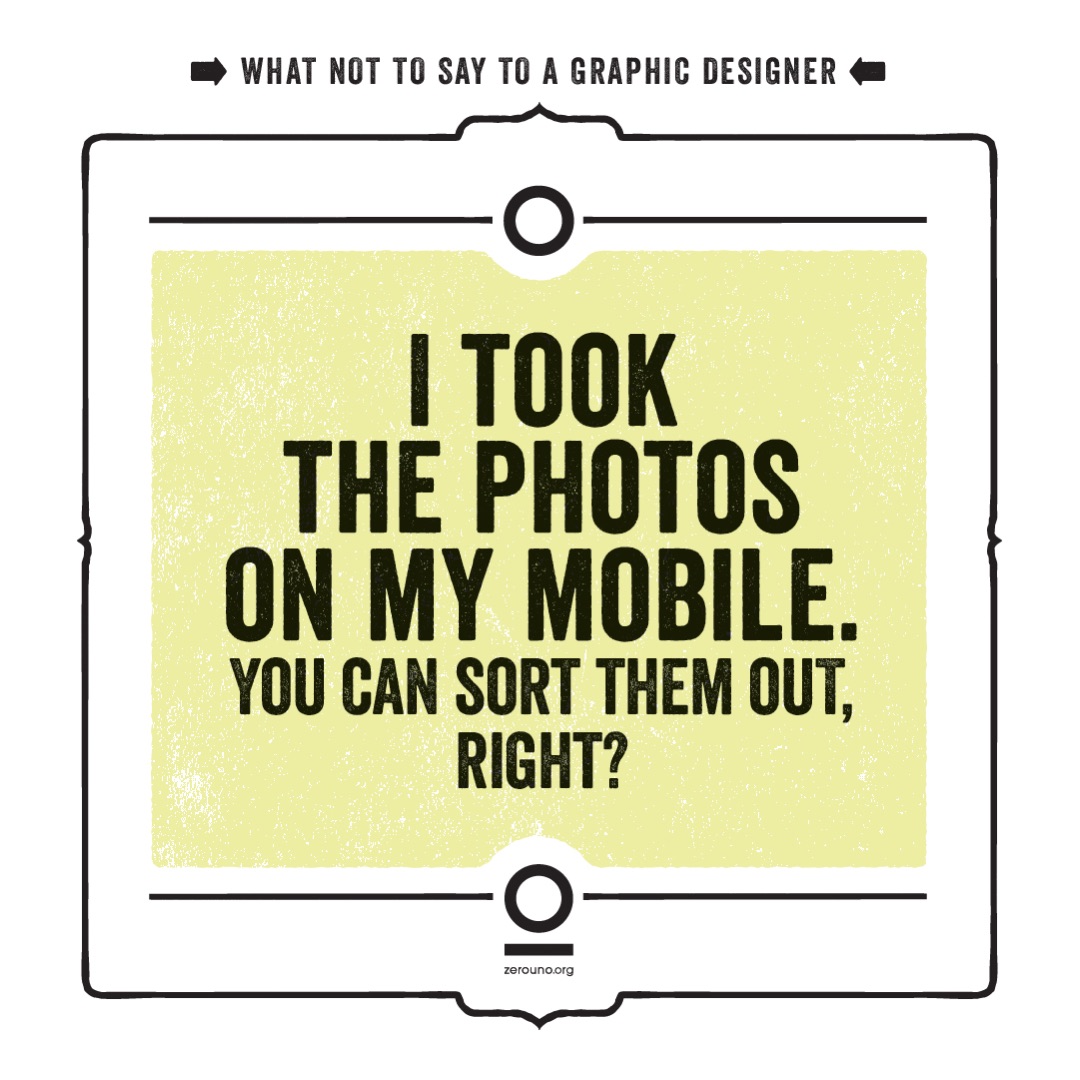 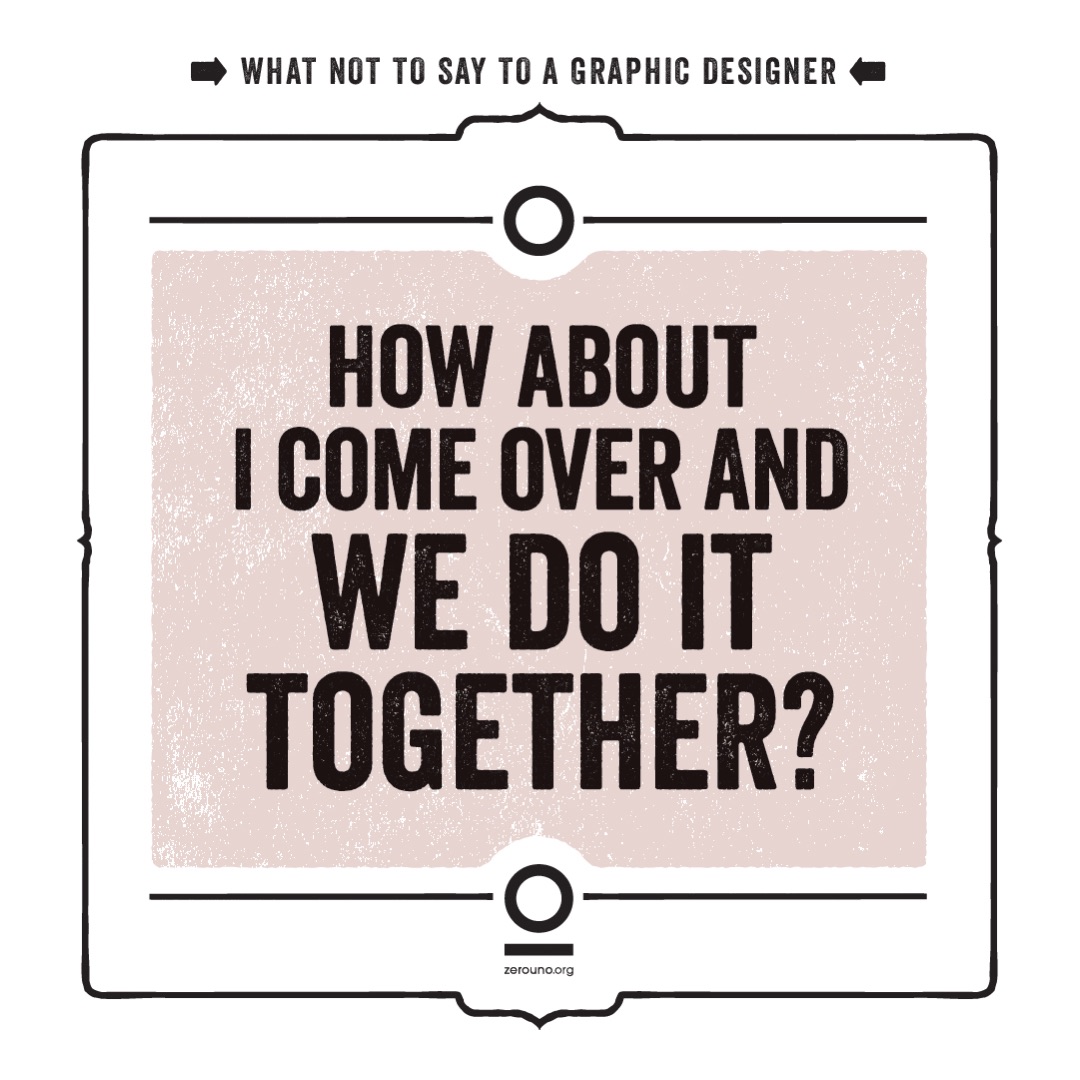 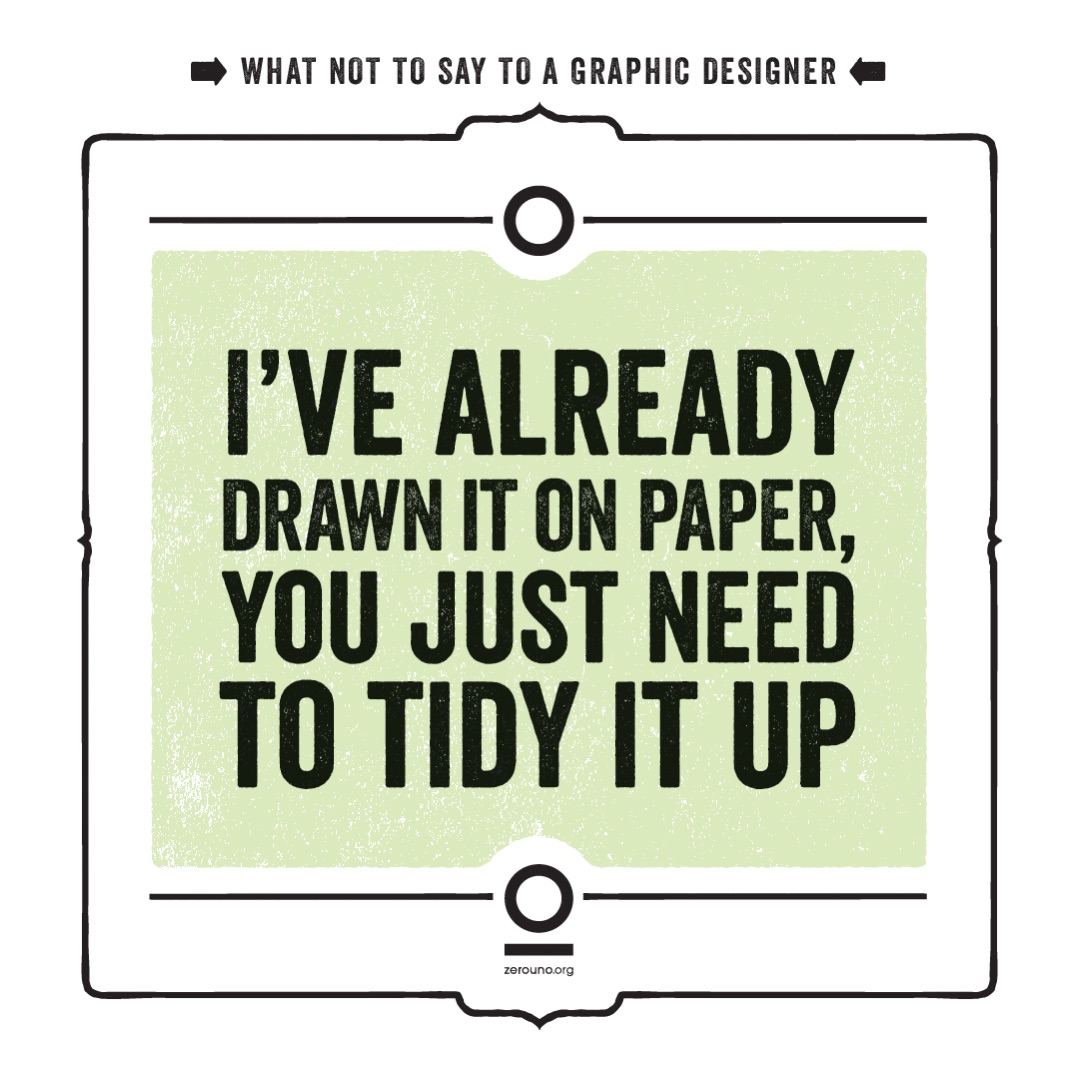 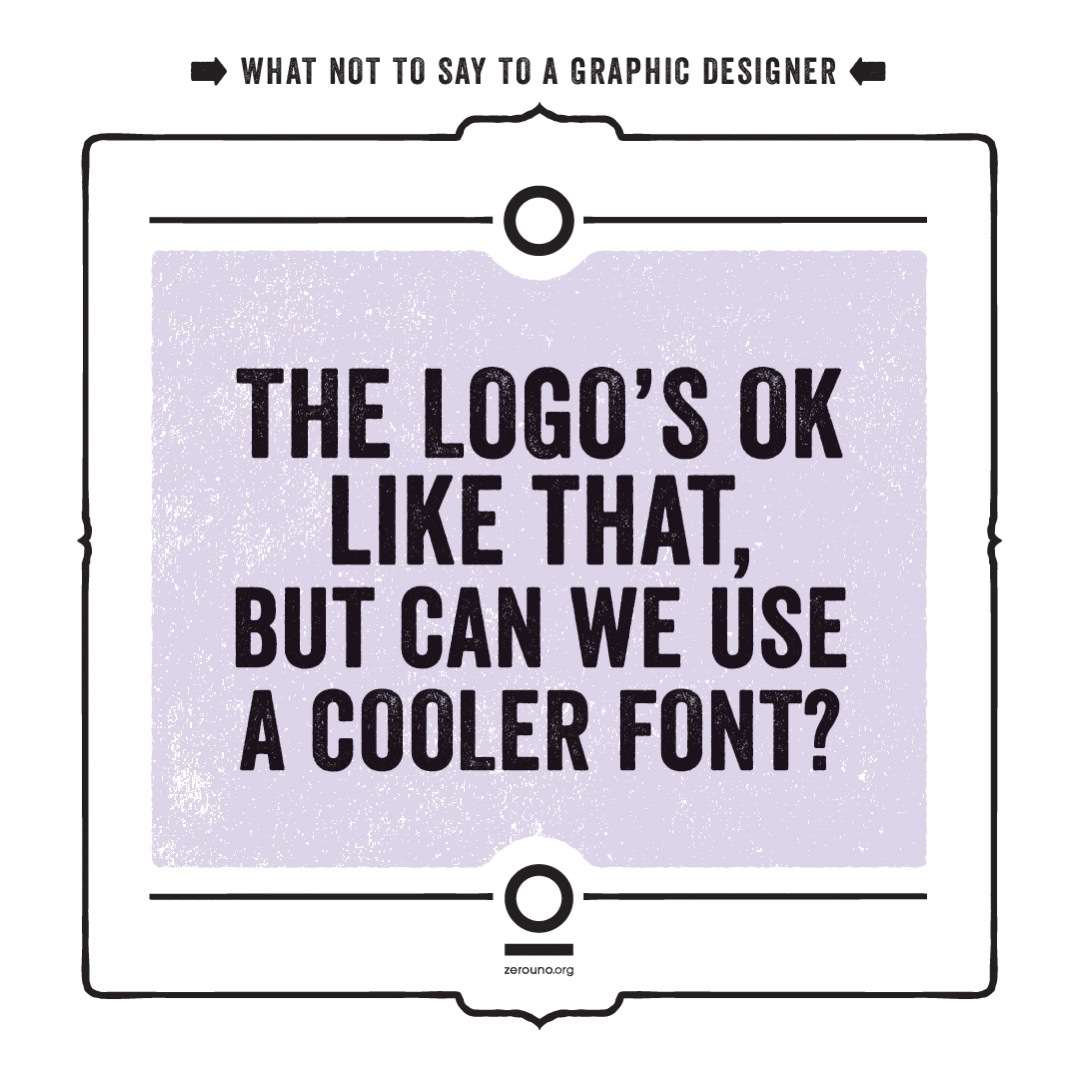 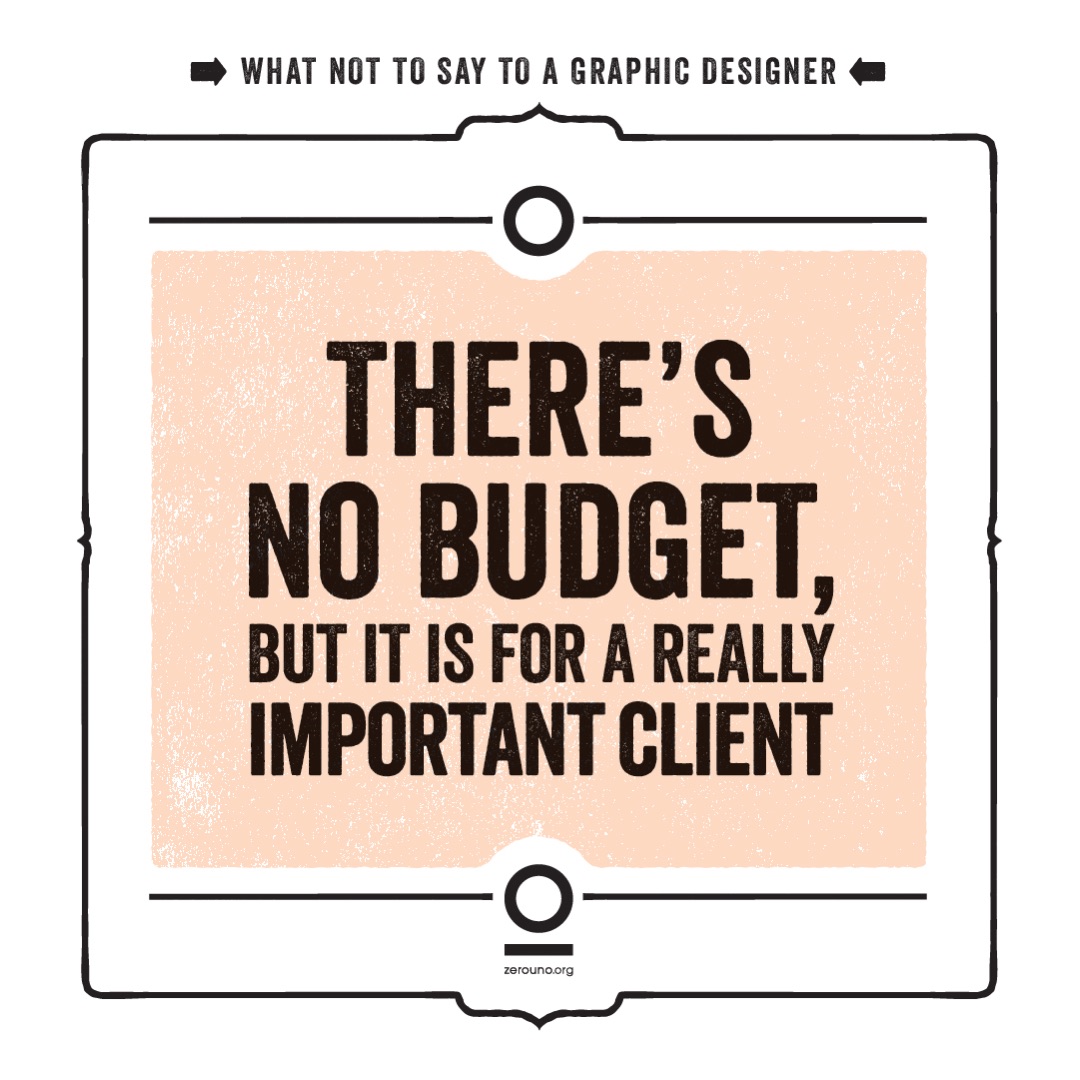 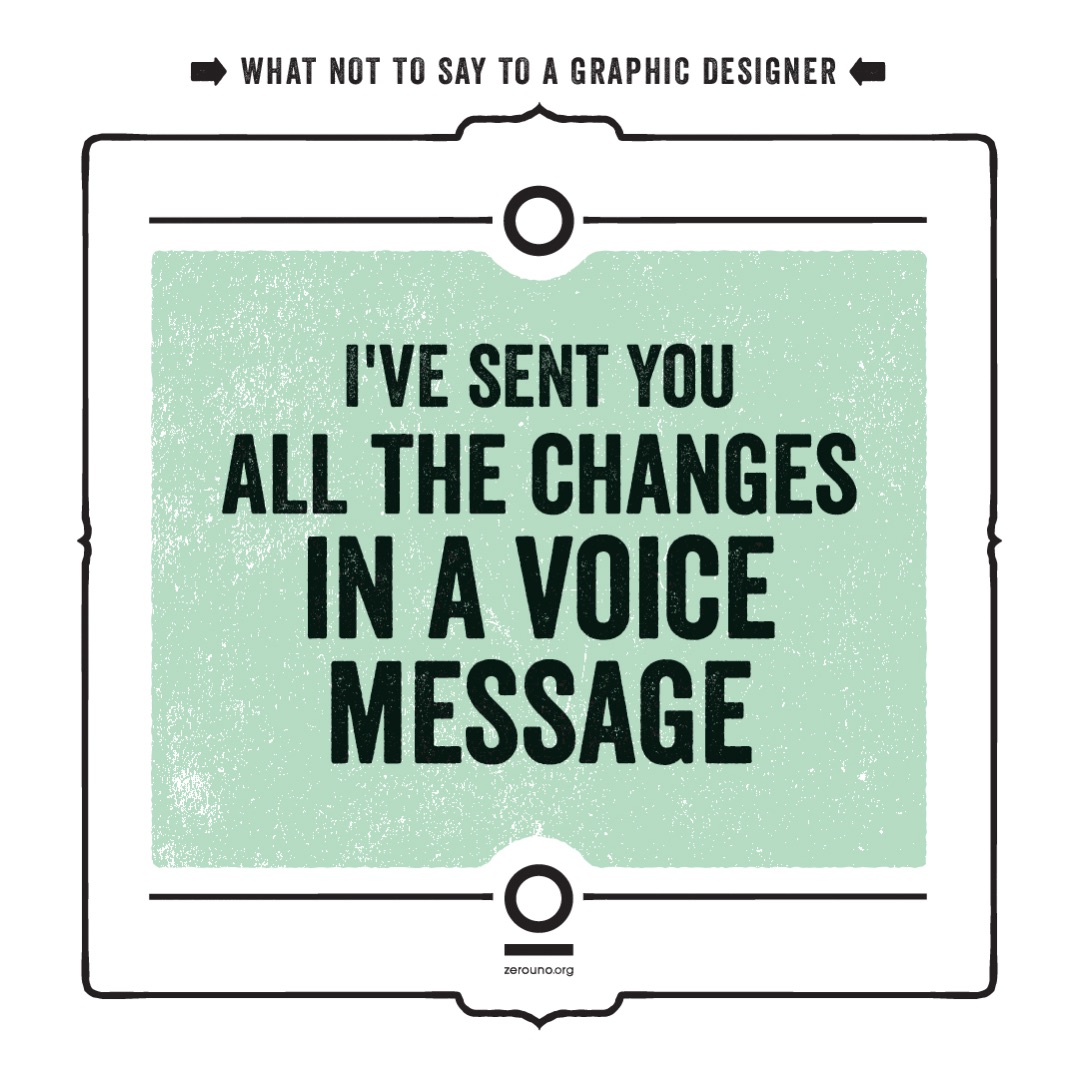 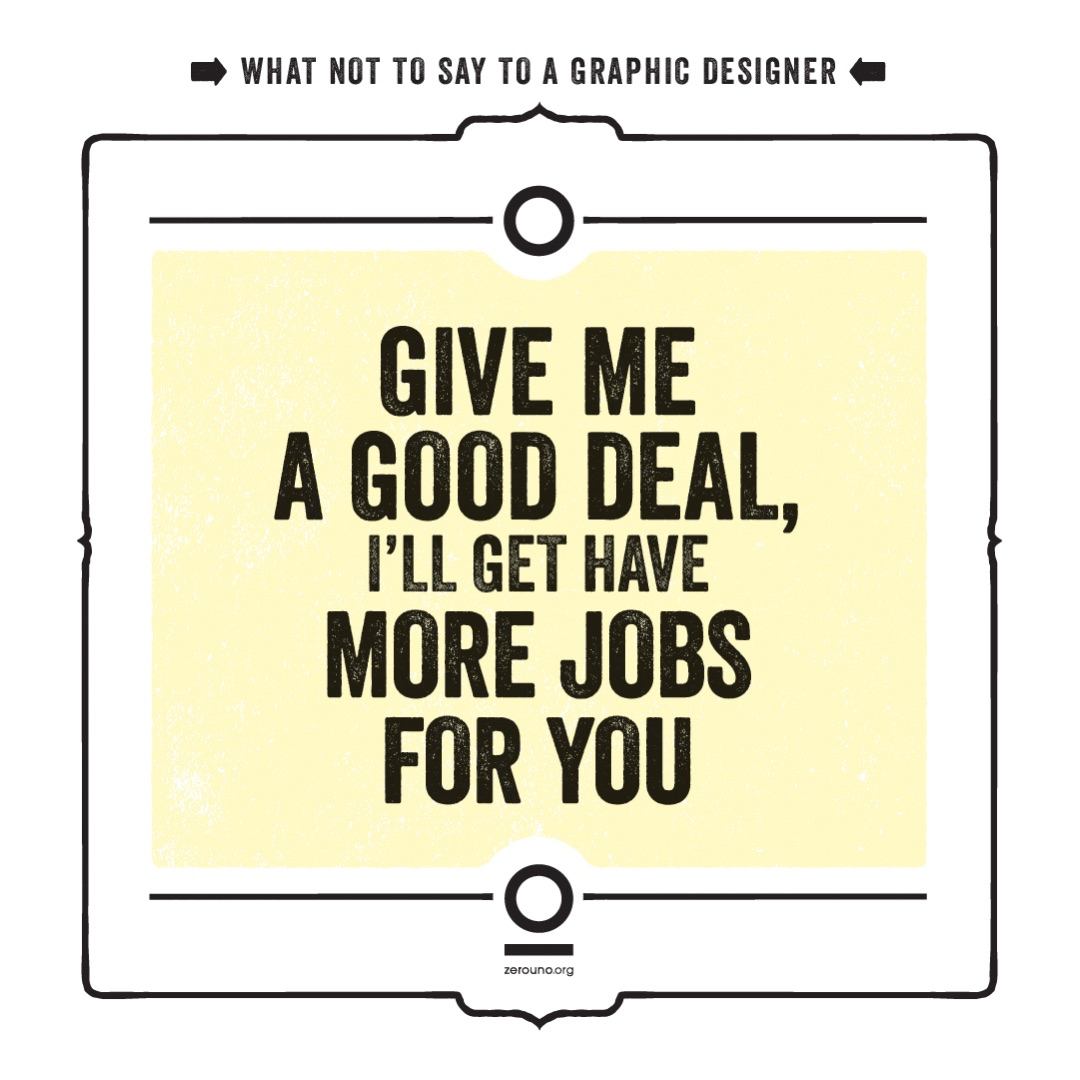 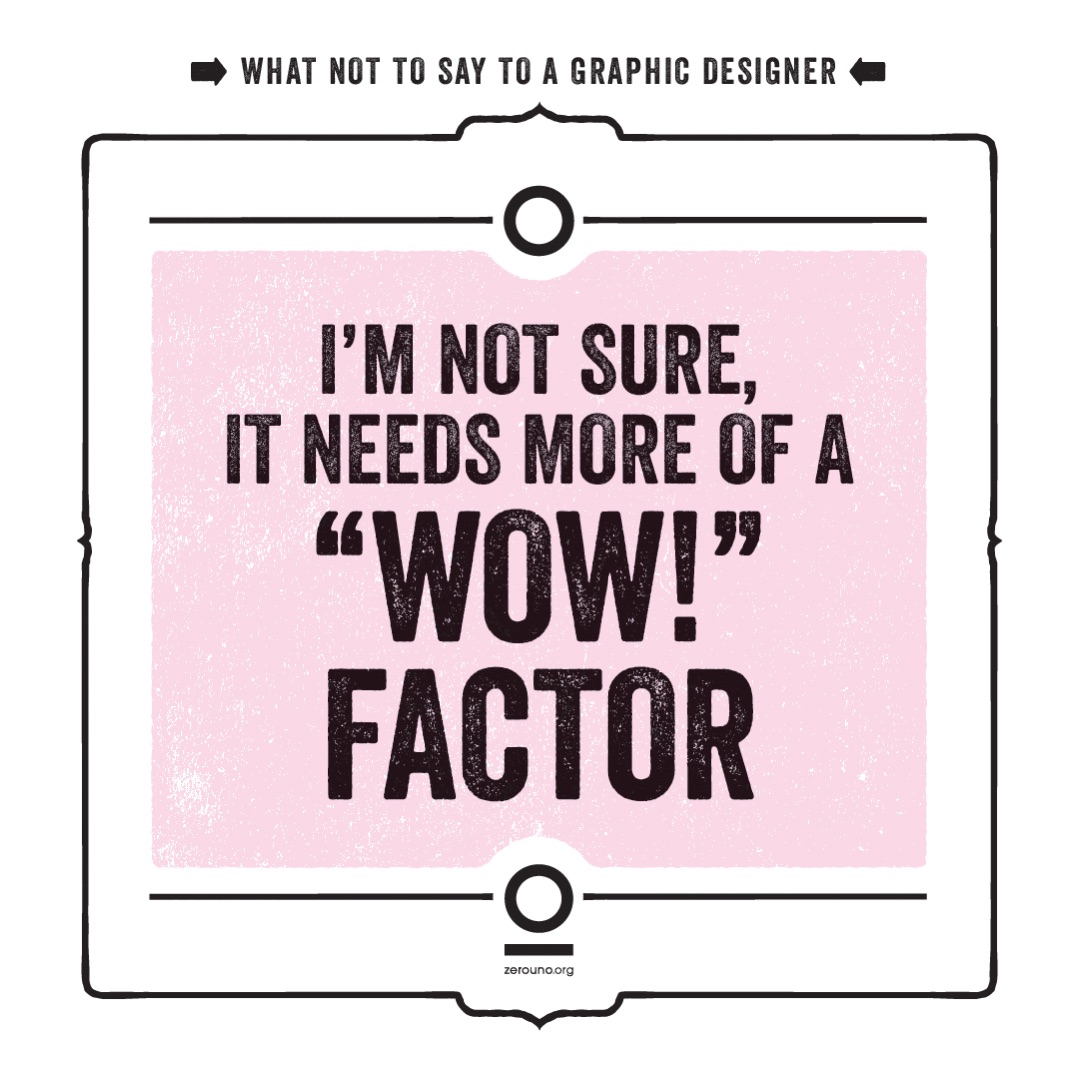 Five years have passed since I decided to collect all the post-it notes I had on my desk and where I take note of the sentences that were repeated to me by clients so many times that I couldn’t hear them anymore.

Those post-it notes became a series of graphic quotes and a Facebook album “What not to say to a graphic designer“, which in a few days unexpectedly went viral.

We must admit, however, that many customers also enjoyed reading them, seeing themselves in some of them.

Within a few years, many things have changed: whatsapp has taken the place of skype and in many cases even of the e-mail softwares, Facebook ads drives us crazy trying to put as much text as possible in an increasingly narrow space, and other news “torment” the creative category on a daily basis, but customers have not lost the habit of asking embarrassing and amusing requests.

This is why I decided to celebrate this anniversary by creating 20 new graphics with phrases that, probably thanks to the suggestions made by users, you will probably have been told at least once.

I’m sure you will have others to suggest!

VIEW OTHER "WHAT NOT TO SAY TO" SERIES
Prev
Next